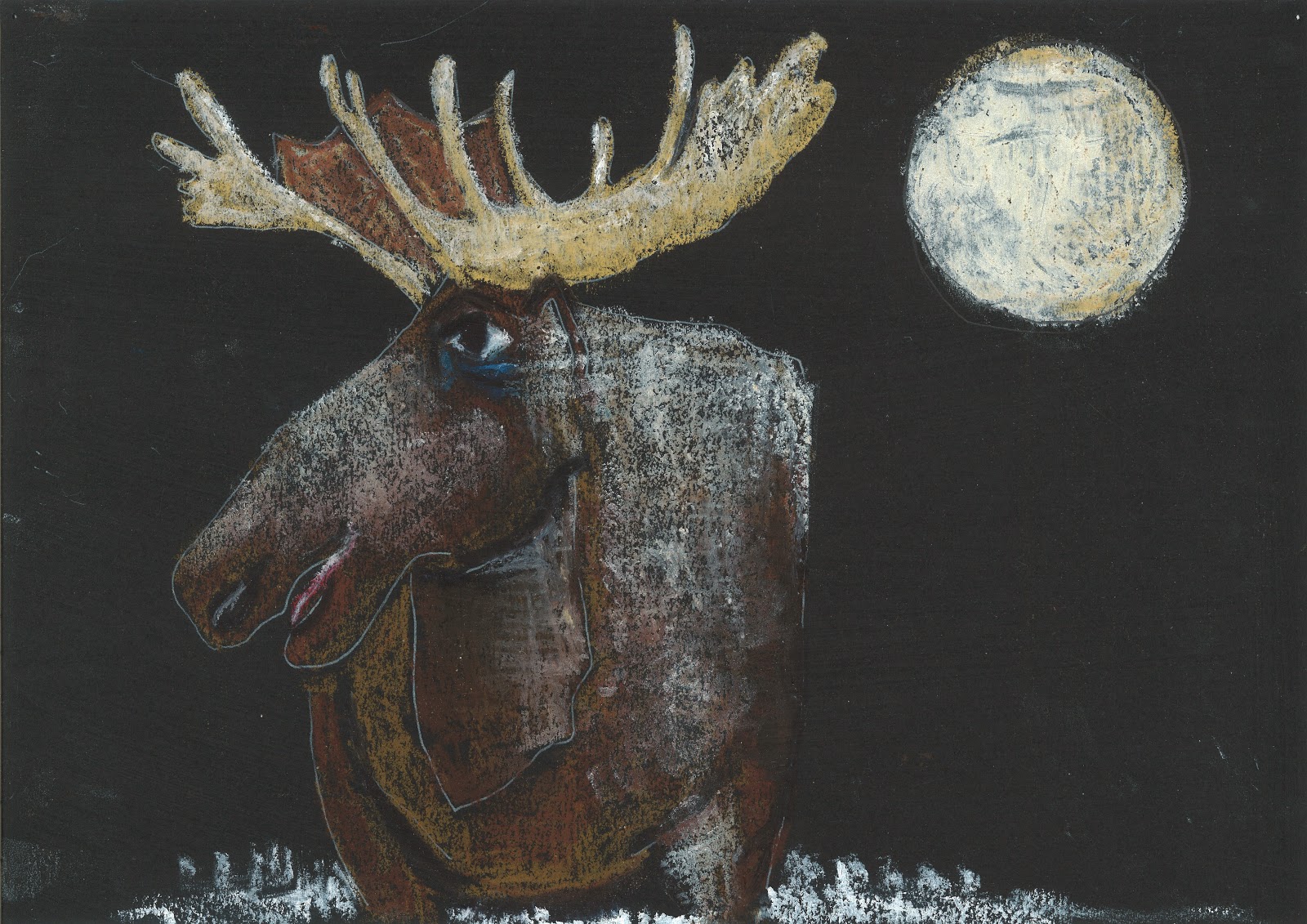 As you may have heard, the breaking news of 2013 is hockey’s return to a screen near you. Yay! Degrees of fandom may vary, though I’d venture to say that even those of us who aren’t quite sure which night “Hockey Night in Canada” falls on are celebrating its return, if only because we’ll finally get to talk to our loved ones about something other than the lockout.

Hockey inspires a devotion, both on the ice and in front of the couch, that rivals any other sport in the country.  Case in point: logic (and zoology) would have it that hockey is simply not a pastime suited to a moose. Does that stop Marshall? I think you know the answer.

Find out how Marshall and his buddies get creative in the great outdoors in Lisa VanderVelde’s Marshall Plays Hockey, illustrated by her sister Erin Black. These ladies grew up in Vernon, BC and took their inspiration from their hockey-obsessed young sons. Does it get any more Canadian than that?

Marshall Plays Hockey retails for $9.95 at the Cannery Store.