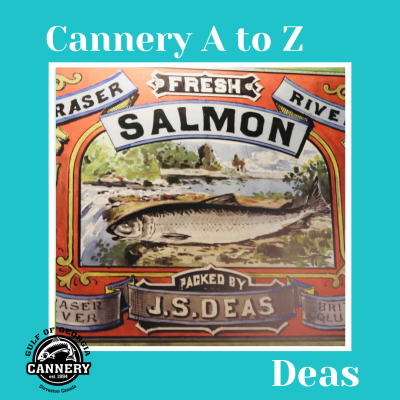 Have you ever wondered how places get their names? Sometimes they are named after important people from history.

This is the case for Deas Island, in Delta BC, which is named after former salmon cannery owner John Sullivan Deas. Deas is known for being one of the founding members of the salmon canning industry and was the only Black cannery owner in BC at the time. He entered the canning business early on, beginning as a tinsmith (which means he knew how to make cans) before opening the Deas Island Cannery on the Fraser River in the 1870s. The cannery was a success and, for a number of years, the leading commercial salmon cannery in the area.

The Deas Island Cannery had its own finely designed custom labels, commissioned to Grafton Tyler Brown, considered to be the first professional Black artist in the Pacific Northwest. An example of these labels is included in our feature exhibit  The Label Unwrapped, and you can learn more about the Deas Island Cannery on our Virtual Museum of Canada exhibit, From Tides to Tins. 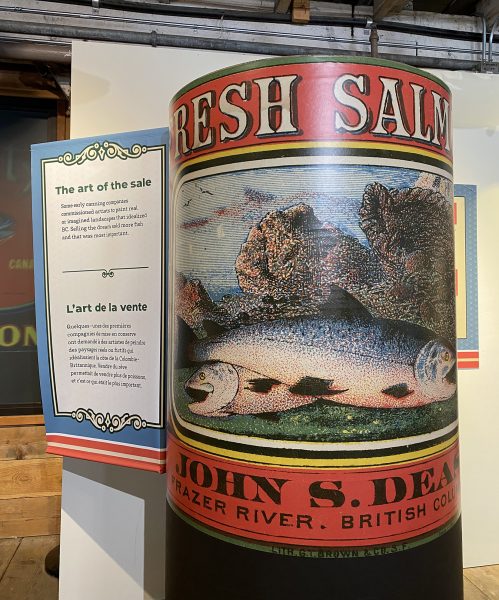