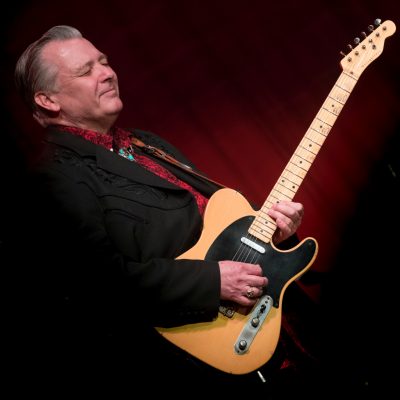 Join us Friday nights from July 12 to August 30 for an evening of music. Every week will feature a different musical act, catering to a wide range of musical tastes, from blues, jazz, folk and more!

Award-winning blues guitarist Steve Kozak has been turning heads of blues fans in Canada for over thirty years since he first broke onto the Vancouver scene in the mid-eighties. With four albums to his credit, the latest and fourth album, It’s Time – The Steve Kozak Band, released in 2017, continues to hold its place on the Roots Music Report Top 50 album and Soul Blues radio charts and is being featured on radio playlists across Canada, Europe and the USA.

gogcannery
Last Saturday, our Visitor Services Coordinator Pam took these gorgeous photos from our dock. How lucky are we to h… https://t.co/nM510OOErg
Tweet
gogcannery
RT @ShadyPirates: Now that the #Christmas season is coming into full swing there are some great ways to celebrate! Don't miss the festiva…
Tweet
gogcannery
To learn more about this event, and other Winter in the Village activities, visit: https://t.co/H14M9zz3aK.
Tweet
gogcannery
Event hosted & managed by @VisitRichmondBC in partnership with Pathfinder Pet Care and Dog Ranch & the Gulf of Geor… https://t.co/enbPH8Ygmn
Tweet