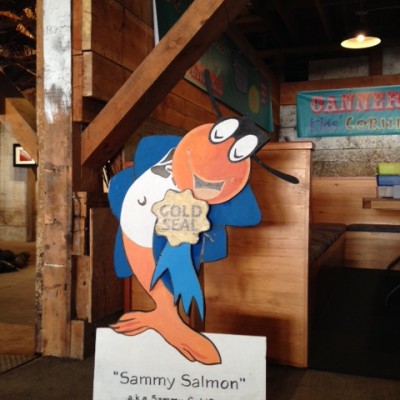 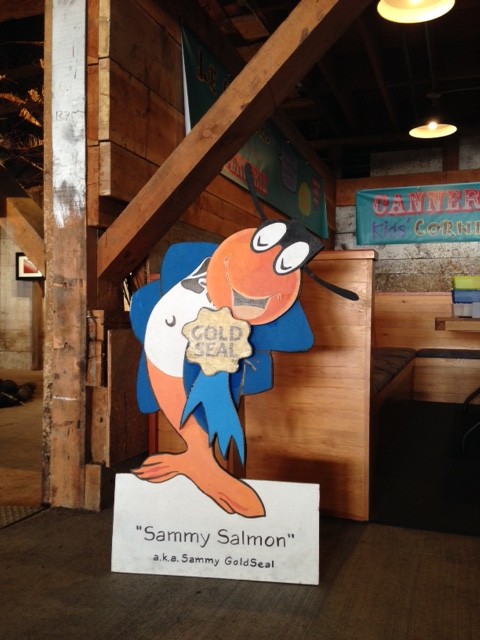 Gold Seal is one of the oldest brands in British Columbia that to this day continues to sell both canned salmon and canned tuna. This company has played a role in Canadian fishing since 1906 and introduced some of the most ‘creative’ marketing strategies in the fish canning industry. In the early 1940’s most men were overseas fighting in the Second World War, and as a result companies started coming out with marketing that would appeal to the women and children still at home.

In 1943, the Canadian Fishing Company(CANFISCO), which owned the Gold Seal brand, commissioned a series of cartoon drawings from Walt Disney Studios in an attempt to appeal to this new demographic. The cartoon drawings were of various characters including Sammy Salmon, Wally Walrus, Percy Panda, Pete Pelican and Sneak Seagull, each one finding a place on a label of one of the many CANFISCO cans of salmon.

Come down to the Cannery yourself and learn about many other fascinating can labels from the early 20th Century, each telling its own story.

Posted by m.horita
Music at the Cannery on Shaw TV!
The new “Ocean Wise Cookbook 2” is here!