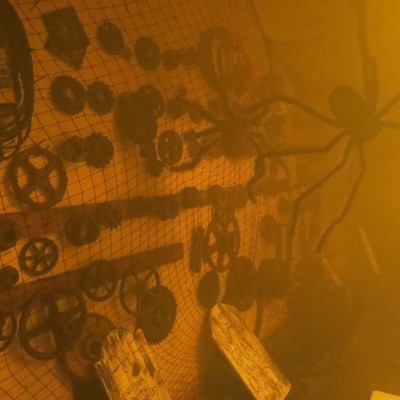 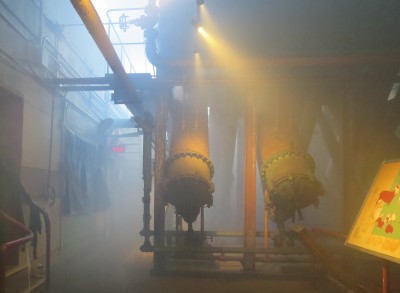 As Halloween approaches, I often get asked some interesting things. Have I ever walked around and felt that things weren’t quite…right? Have I ever heard voices when I know I’m alone? Have I ever been chased down by the ghost of a vengeful, bleeding fisherman?

For the record: no, not personally. At least not yet. So far the only things that haunt me are the spiders that like to nest outside our windows.

That’s not to say that spooky things haven’t happened here at the Gulf of Georgia Cannery. In fact, there’s no shortage of unsettling stories here by any means. Doors opening and closing on their own. Weird sounds coming from inside the walls. Apparently, years ago, one interpreter even found the hand model, over by the receiving floor, pointing at him despite having turned it away towards the dock merely seconds before.

Last summer, a group of paranormal investigators – Northern Paranormal Investigations – even came in to see if we had any ‘visitors’ once and for all.

Their results were…interesting, to say the least. Enough so that it was featured in numerous news articles around Vancouver.

“The first night we were there, a lot of people had the feeling that something was watching from a distance. Something was up in the rafters, watching,” said Pearson. Later on, they even recorded an “amazing EVP” – electronic voice phenomena from up in the can loft. Though I have yet to hear this recording myself, apparently it sounded like a young girl saying, “Mommy, help me”.

Though many will probably scoff at the idea of a cannery ghost, it’s hard to deny that the old, damp, chilly site is perfect haunting material.

Perhaps you should come in and take a look for yourself. If you do, though, you might want to bring a friend who runs slower than you. You know. Just in case you do see that vengeful, bleeding fisherman.

Posted by m.horita
Steveston is the place to be on Oct. 31st!
Women’s History Month