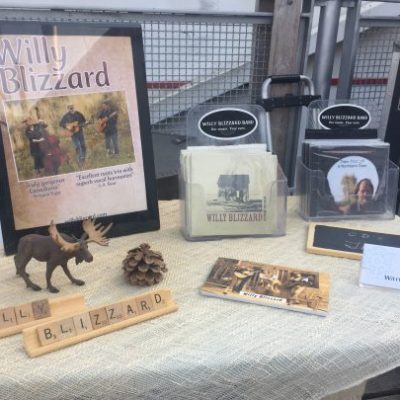 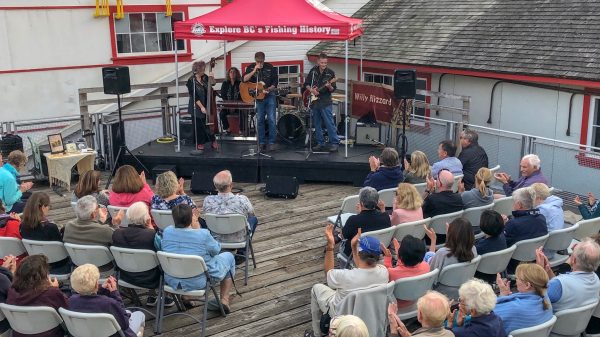 Although it wasn’t quite a “blizzard-y” night, this past Friday (August 24th) was a cool and breezy evening for Music at the Cannery, featuring folk and roots band Willy Blizzard.  The Vancouver locals played songs including Navajo Rug by Jerry Jeff Walker, and The Weight by The Band, in addition to many of their own original music.

Fronted by lead vocalist and self-professed “van driver” of the group John Hough, with Fran Madigan on the guitar, and Andrea Law on bass, their catchy music was a hit with the audience.  The band was greeted by an enthusiastic standing ovation at the end of the night and even came back for an encore, to the delight of music-goers both on the Cannery’s Tank Deck and the small crowd gathered in Fisherman’s Park just outside.  It was a wonderful way to end the last of the series’ outdoor concerts, as next week’s performance by the Harpdog Brown Quartet will be closing off our summer music series inside the historic Cannery on August 31st!

Posted by m.horita
Dancing to the Steve Kozak Band
Happy Talk Like A Pirate Day!