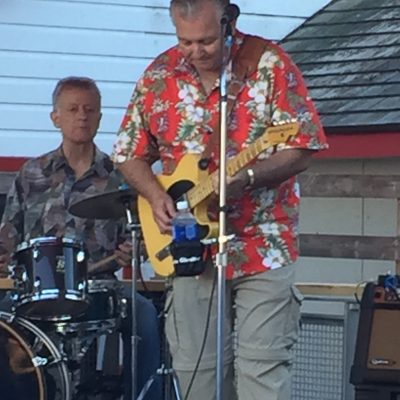 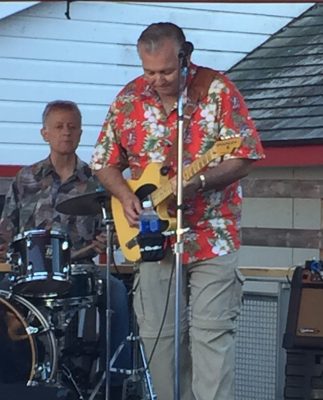 This past Friday (August 17th), Music at the Cannery welcomed yet another award-winning musician: Blues guitarist Steve Kozak along with his bandmates, a group known as the Steve Kozak Band.  Along with Roger Brant on the bass and John Nolan on the drums, the trio performed a variety of blues tunes.  The melodic songs even had some up on their feet dancing!  A song that had many in the audience entertained was about nets – not the type used at the Cannery but rather about fishnet stockings.  This was a song that Mr. Kozak had learned at the Winnipeg Jazz Fest some years back.  The rhythmic music provided the perfect end to yet another great performance in the Cannery’s summer music series.

Don’t miss our last two show of the season – Willy Blizzard on August 24, and Harpdog Brown Quartet on August 31.