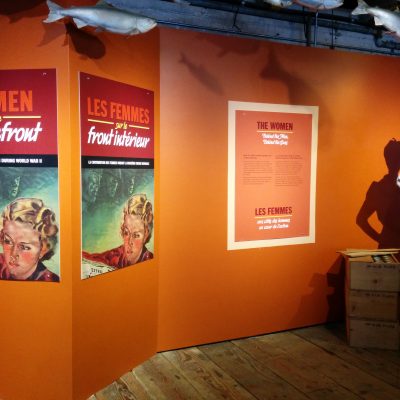 The Gulf of Georgia Cannery National Historic Site’s new feature exhibit, Women on the Homefront: Women’s contributions during World War II, opened last Saturday April 9, with an opening reception attended by society members and invited guests. After a few speeches, including those by exhibit curator Shannon King and Richmond-Steveston MLA John Yap, guests were treated to live 1940’s music and refreshments prepared by society volunteers — the recipes were taken straight from the Edith Adams cookbook, and reflected the foods that may have been common during the war years (including SPAM sandwiches!).

For more on the new exhibit, visit the Women on the Homefront webpage here. The exhibit continues to Spring 2017.

Posted by m.horita
Thank you to our volunteers!
New in the Cannery Store – Canned Sturgeon!