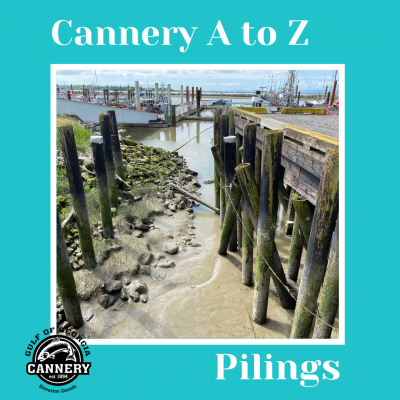 You may have seen them all along the Fraser River banks in Steveston and Ladner – did you know that the Gulf of Georgia Cannery is built on top of 600 wood pilings? Salmon canneries were historically built above water on pilings, the pillars that supported cannery buildings up and down the west coast.

Pilings look like long stilts underneath the Cannery, but are only visible some of the time. That’s because our building is at the mouth of the Fraser River, so close to where it meets the ocean that the level of water under the building changes with the tides. Sometimes you can see the pilings all the way down to the mud and sometimes the water is so high it looks like the building is floating!

But why go to all this trouble to build over the water? Canneries were built over rivers and inlets because this is the best place to catch salmon. Salmon would swim right by the building every summer, on their way back to where they were born in order to spawn (lay eggs). This made it easy to catch the fish close to the canneries and unload them at the part of the building that was furthest out over the river – you wouldn’t even have to leave your boat to drop off the fish, even during low tide.

But building over the water can be challenging. Canneries were made of wood, including the pilings in the river, which had to be very sturdy to support not only the rest of the building, but also the canning machinery and the workers. Over the years as canneries closed, many of those buildings were abandoned, and today sometimes the only evidence left behind is the pilings still sticking out of the river. The next time you walk along a river in BC, see if you can spot any pilings and imagine what it would have been like when a large cannery building stood there. 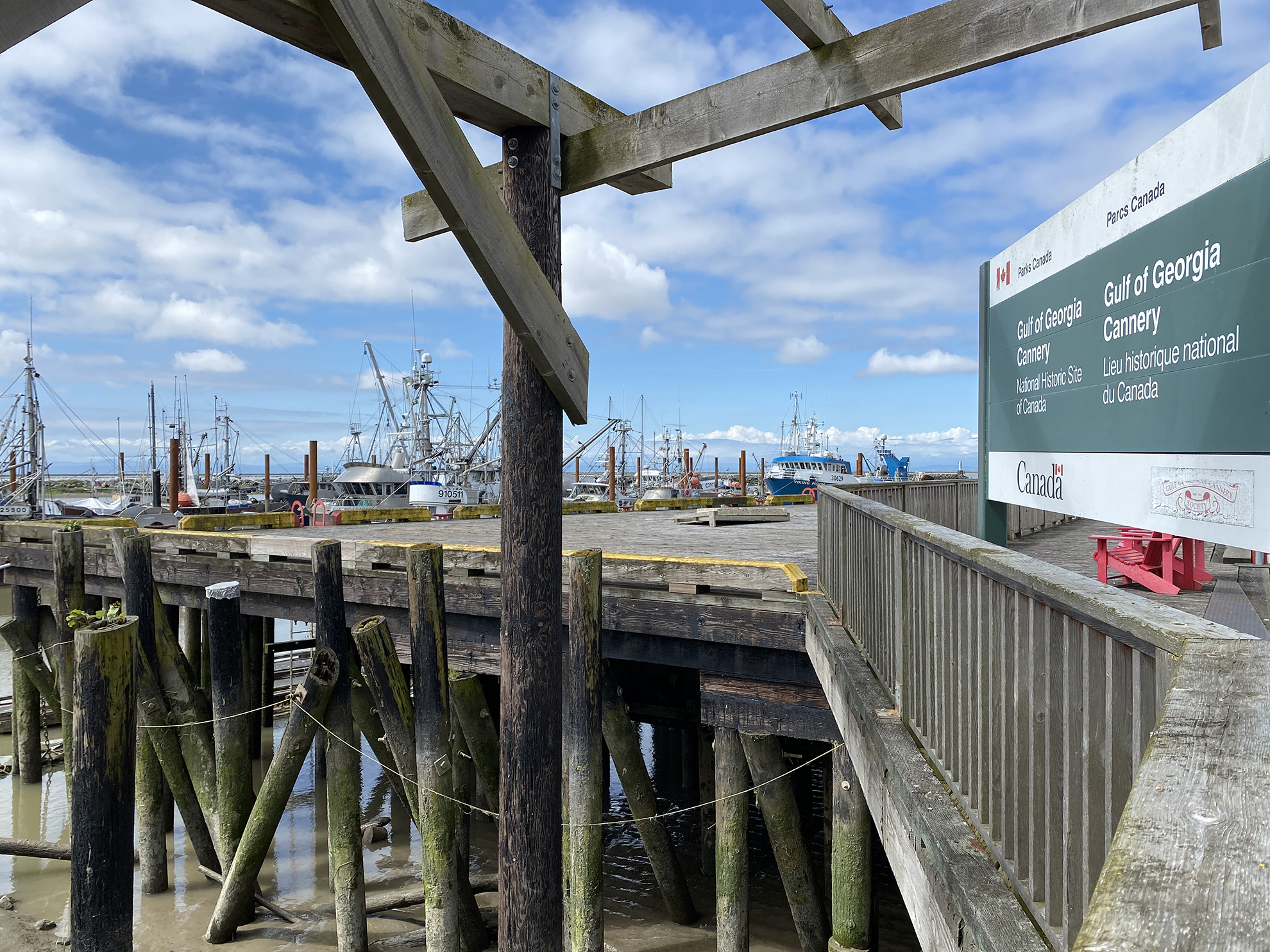